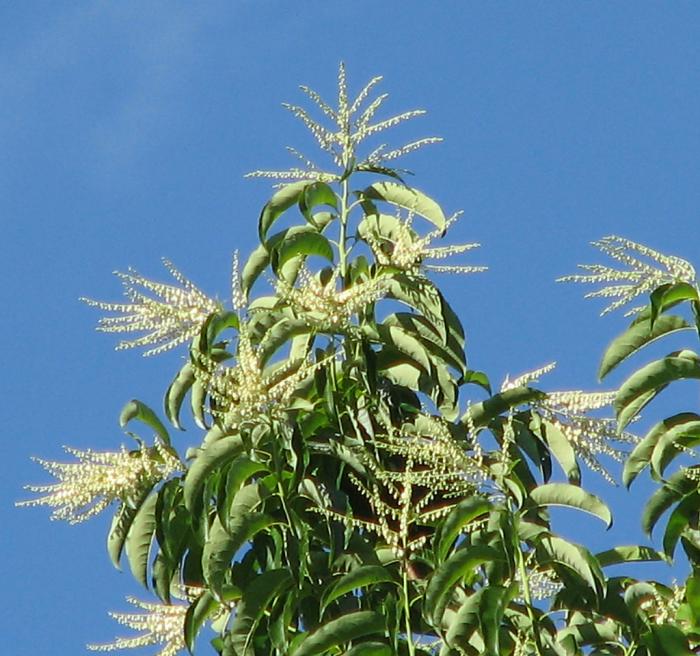 Sourwood Honey comes from the Sourwood tree (Oxydendrum arboreum) a member of the Ericaceae family, also called the Sour gum, Sorrel tree or Lily-of-the-Valley tree. This showy, USA native tree is the lone species of its genera. Growing in the upland forests of the southeastern United States, it is most abundant in the Alleghenies and the Blue Ridge mountains. As a source of nectar it is chiefly valuable in the mountainous regions of North and South Carolina and Tennessee. In summer the sourwood tree has long, drooping clusters of sweet smelling white, bell-shaped flowers, called “angel fingers” in the Appalachians, and the origin of the name Lily-of-the-Valley tree. The name sourwood comes from the sour (or sharp acidic) odor and flavor of the leaves (from oxalic acid). The name oxydendrum is Greek for “oxy” meaning sharp or acid and “dendrum” for tree. The fall brings bright scarlet crimson and orange leaves. 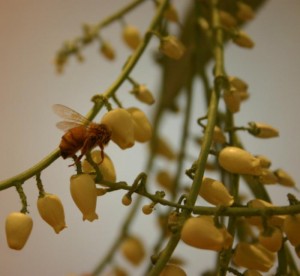 Sourwood trees bloom from mid June to late July. In North Carolina, the blossoming time is around 25 days. Under favorable conditions the nectar is so abundant, it can be shaken from the blooms in small drops. Careful beekeeping is required to avoid diluting the sourwood honey with other nectars growing before (Tulip poplar, Sumac) and after the sourwood blossoms. All sourwood honey contains some other nectars and this may affect the color but as long as the percentage is low, will not affect the flavor of this honey. 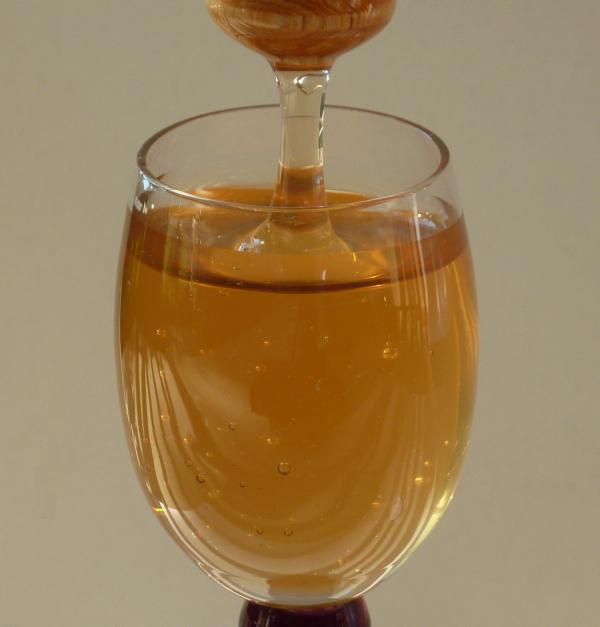 Sourwood honey is prized by connoisseurs and  honey purists worldwide. It has won best honey in the world twice at the presitigious Apimondia World Honey Show. Sourwood honey is extra-light to light amber in color and crystallizes slowly. It is extremely aromatic, with a distinctive honey flavor of anise and spice. It also has a sweet aroma of anise. It has a persistent sweet and pleasant astringent aftertaste.

Often in short supply—a recent exception was 2010, a great year for Sourwood honey—nectar flow is inconsistent from year to year. It has a short blooming season and shortage of rain and lower-than-normal temperatures can affect nectar supplies and bees. Lack of habitat due to development is also affecting the amount of sourwood honey. Some help may be coming with a reclamation project in partnership with the coal mining industry of Eastern Kentucky and West Virginia focused on replanting bee plants like sourwood on thousands of surfaced-minded acres. The ideas is to develop the reclaimed land for ‘higher’ uses and beekeeping may be the answer. See Notes from Academe: In Appalachia, a Researcher Makes Honey From Coal